“With faith, discipline and selfless devotion to duty, there is nothing worthwhile that you cannot achieve.” Mohammad Ali Jinnah – Founder of Pakistan. 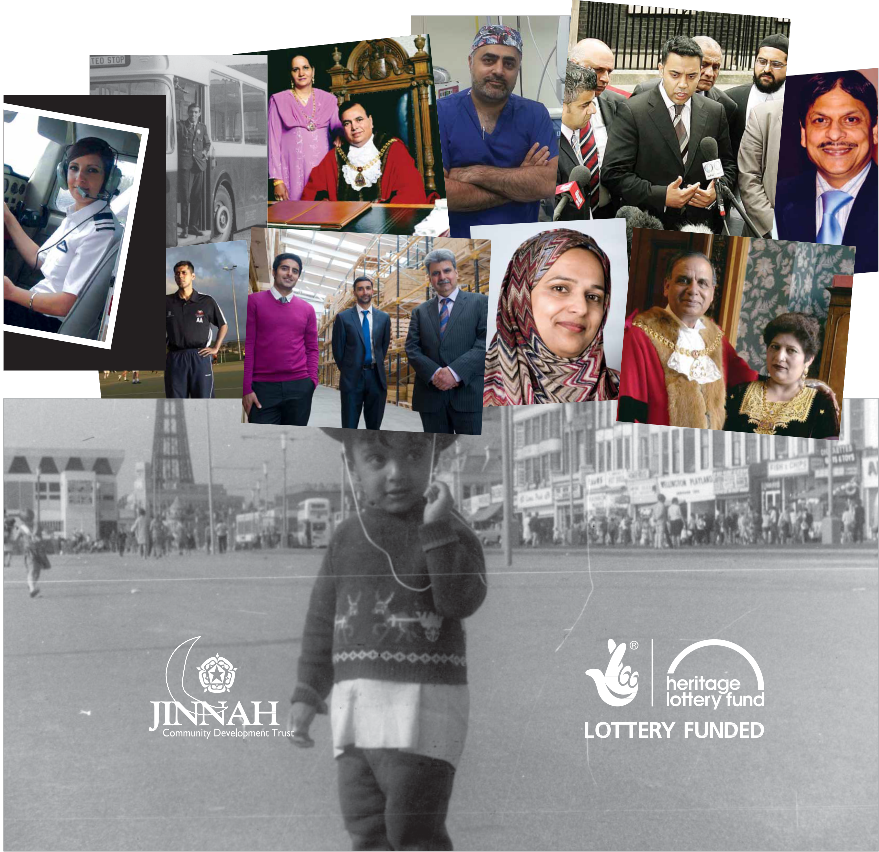 These words encapsulate the vision behind the creation of the Jinnah Development Trust Ltd in Burnley, Lancashire nearly 40 years ago

The first generation of Pakistanis to settle in significant numbers arrived in the 1960s attracted by the economic opportunities presented by the cotton mills. As a registered local charity based in the Daneshouse ward, the organisation acted as a bridge between both English and South Asian cultures through a range of services to help new arrivals integrate. One of the founders of the organisation, Mohammad Rafique Malik, wanted to document this period in the history of Pakistanis in Burnley.

‘Jinnah’ successfully bid for a heritage project from the Heritage Lottery Fund. The aim was to showcase successful contributions by these pioneers in the local community and beyond, specifically through their chosen professions or voluntary work, focusing where possible on individuals who were the first Pakistanis to serve in a wide array of fields, from politics to the postal service. In the 1960s the majority of Pakistani people in the workforce were men and this is also reflected in the larger number of contributions from men than women in the book produced for the project. Some time was allocated to record continuity in the attitude and work ethic amongst second generation Pakistanis. The organisation wishes to celebrate those histories, achievements and tell the stories to a wider audience by emphasising social history and civic engagement. This community cohesion endeavour provides a timely highlight of what makes British society richer.

It is also a chance for younger generations to capture a glimpse of those early days as elders now share their stories of leaving their homeland to become pioneers. They built a sense of belonging guided by key tenets of Islam and established a British way of life encouraging them to contribute to the town through their working lives, making them role models for subsequent generations. Britain is a successful pluralistic society that has welcomed Pakistani traditions, enabled them to work hard, flourish and to give something back to the town they call home, Burnley.